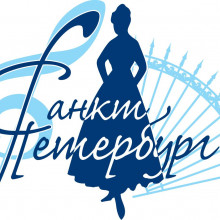 The competition is dedicated to the memory of Irina BOGACHEVA

ORGANIZERS OF THE COMPETITION: 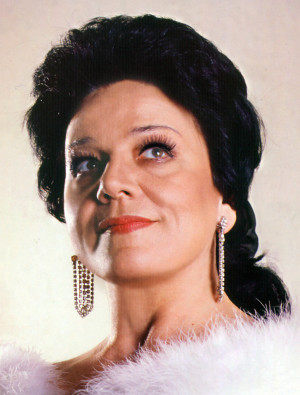 I.APPLICATION PROCEDURE
1. The competition is open to singers aged from 18 to 32 years old at the time of competition, graduates or students of academic institutions of music.

2. The competition consists of two eliminatory and one final rounds. All rounds are open to public, the order of performance is determined by ballot and will be the same for all the rounds.

3. The completed application form, together with enclosures in electronic format should be sent to the Competition administration e-mail spbcompetition@mail.ru by November 1, 2019

List of application documents to be presented by the applicant

•        completed application form (can be downloaded from the official site) http://www.conservatory.ru/spbcomp19eng
•        copy of passport
•        copy of the diploma for graduates, certificate from place of studies for students
•        CV must contain the following information:

4. Applications that are incomplete or sent to the Competition Office after the date specified will not be considered.

The application fee of 3 000 Rubles is to be paid upon arrival to the competition before the ballot.

All applicants allowed to the competition will be notified by e-mail or fax stated in the application form. They will receive an invitation with the date of arrival to the competition. Invitations will be sent by ordinary mail only to citizens of countries which are required entry visa to Russia.

2. The decisions of jury is final and will not be reconsidered.

3. No more than half of the participants of the First Round will take part in the Second Round.

4. No more that 16 participants of the Second Round will be allowed to the Final Round. The prizes will be assigned by the Jury on their final meeting.

5. The Jury has the right to reduce a program or to stop a performance which exceeds the regulations or in case of an evident result of a performance upon agreement of all Members of Jury

6. The final decision of any disputable questions which may arise during the competition is reserved to the President of the Competition.

7. The prize-winners and competitors assigned diplomas must take part in 2 to 3 concerts upon the end of the Competition without any payment.

1. The Competition Administration will place a qualified pianist at the disposal of each competitor upon request sent not later than November 1, 2019.

2. If a competitor wishes to bring his or her own pianist he or she must bear all the expenses for pianist's travel and accommodation.

1. The Competition Administration will offer rehearsing rooms and 15 minutes rehearsing time at the Hall to every competitor.

2. The competitors selected to the Final Round will have a rehearsal with the orchestra the day before the performance.

SPECIAL PRIZES OF THE COMPETITION

Competition prizes of 15 000 Rubles are assigned to:

The competitors of the Final Round not awarded the main prizes and the title of Laureate will be assigned a prize of 15 000 Rubles and an Honorary Diploma.

The Jury has a right to reward three best pianists of the competition with Special Diploma and a prize of 9 000 Rubles.

The prizes are given in rubles according to the rate of Central Bank of Russia on the day of payment.

Within the limit of the award fund the Jury is entitled to:

assign some of the prizes

divide the prizes (with the exception of the Grand-prix) among the Laureates.

1. The Administration of the contest pays contestants who reached the Second Round trip to St. Petersburg and back.

2. The Administration will offer accommodation and will reimburse the accommodation expenses of the contestants who reached the Second Round

3. The contestants not passed to the Second or Final Rounds may stay until the end of the Competition on their own expense.

4. The Competition Committee will not reimburse any expenses of the pianists brought by the contestants.

5. Upon early request, the Competition Committee is ready to give assistance in booking hotels, attending the Competition events and cultural programs to persons accompanying the contestants on their expense.

6. The contestants must produce passports and visas themselves and on their expense.

1 ROUND
1. One aria from opera, cantata or oratorio of XVI-XVIII centuries including Mozart
2. An opera aria of contestant's choice
3. A song to the lyrics of a poet from Saint-Petersburg of XVIII-XX centuries.

3 ROUND
(Final listening accompanied by an orchestra)
1. An opera aria for choice the participant
2. An aria from an opera of Petersburg composer XIX-XX centuries (Tchaikovsky, Glinka, Borodin, Mussorgsky, Rimsky-Korsakov, Prokofiev, Shostakovich, Slonimsky, etc.)

The complete information about the VIII International Competition of Opera Singers “Saint-Petersburg” can be found on the official website http://www.conservatory.ru/spbcomp19eng