St. Petersburg Conservatory took part in the celebrations dedicated to the 100th anniversary of the restoration of Lithuanian statehood 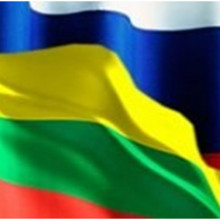 Hymns of two friendly republics, works of Dvarionas, Balsis and Tchaikovsky were performed. Addressing the guests with a welcome speech, Consul General of the Republic of Lithuania in St. Petersburg Dainius Numgaudis noted that the St. Petersburg Conservatory made a significant contribution to the musical culture of Lithuania.

The history of fruitful Russian-Lithuanian contacts within the walls of the St. Petersburg Conservatory dates back a century and a half. Pupils of the oldest Russian musical high school for these years have become about 150 musicians, whose names make up the glory of Lithuanian art. One of them is the world star of the violin art of the 20th century, the native of Vilna is Yasha Kheifets. His main teacher was the legendary professor of the St. Petersburg Conservatory Leopold Auer.

In the iconographic collections of the library of the Conservatory there is a unique document - a real photo of Yasha Heifetz made in Germany in 1913, during the first foreign tour of the child prodigy. The rare image contains a touching inscription executed by the hand of a young violinist: "To the dear, invaluable Professor Leopold Semenovich von Auer from the warmly loving student of Yasha Heifetz. Loschwitz, summer of 1913 ». The scanned copy of the photo was solemnly presented by the rector of the Conservatory Alexei Vasilyev to Consul General of the Republic of Lithuania in St. Petersburg Dainius Numgaudis.