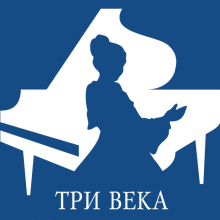 Members of the Jury

ADMINISTRATION OF THE COMPETITION

1. The competition is open for formed ensembles of singers and pianists up to 32 years of age graduates or students of high level musical institutions.

2. The competition consists of two eliminatory rounds and one final round. All rounds are open to public; the order of performance will be determined by drawing lot and will be kept until the end of the competition.

3. Applications must be send by e-mail no later than June 01, 2018 to the following address

List of required documentation to be presented by singer and pianist

4. Incomplete incorrectly filled or sent after the closing date application forms will not be considered.

5. Those accepted as participants of the competition will be sent an invitation no later than June 1, 2018 to their e-mail address.

6. Entry fee of 2000 rubles for each member of the duet (e.g. 4000 rubles in total) to be paid upon arrival to the competition prior to drawing

1. The order of performance will be determined by drawing lot and will be kept until the end of competition.

2. No more than one half of the total number of the participants of the first round will be allowed to the second round

3. No more than 16 participants will be let on to the Third and Final round. The Jury will decide upon the final distribution of prizes on their conclusive session

4. The Jury has the right to reduce or interrupt a performance which exceeds the agreed time limit or in case of an obvious result of the performance upon unanimous decision of the Jury

5. The decision of the Jury is final and will not be modified.

Administration of the competition offers rehearsing rooms and 15 minutes rehearsals at the Hall where will pass auditions for every participant.

Four diplomas and prizes of 10 000 rubles each

The Jury has the rights to distribute a limited number of prizes, divide prizes among laureates

3. Participants from abroad must pay themselves for their passports and visas. The official letter of invitation to the competition needed for visa application will be sent by the administration of the competition not later than June 1, 2018.

The participants of the competition must choose one work from every position of the list below. The singers must perform all works from memory.

1. A romance by Glinka*, Dargomyzhsky* or an early Russian composer (for ex. Alyabyev, Guriliov, Varlamov)

1. A song by Haydn, Mozart or Beethoven

3. A romance by a French Impressionist (Debussy, Ravel, Poulenc)

1. A romance by Tchaikovsky*

4. A work from the participants' country of origin, composed after 1950s

* The works of these composers written in French, German or Italian languages, and having Russian traditional variant of the text can be performed as in Russian, and on a original language.