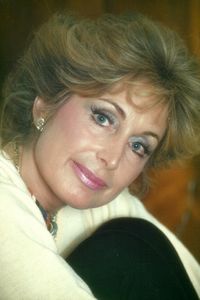 Born in Hochstadt, Germany, Ariane Hollaender-Calix passed her childhood in Rome, went to school there and attended afterwards the acting schools in Nuremberg and Frankfurt. For many years she was also active as a renowned theatrical actress and as a professor at the Vienna University for Music and Performing Arts. Parallely to this, Ariane Hollaender-Calix directs the International Artists Agency Hollaender-Calix since its founding in 1992, which is located in Vienna and specialized on the field of opera. In the frame of her activity as an international opera agent and artists’ representative, she has collaborated with the leading opera houses and major artists of the worldwide classical scene. She has often been invited as a jury member in renowned vocal competitions like «Competizione dell’Opera» at Dresden Semperoper in Germany and «Palm Beach Opera International Vocal Competition Anton Guadagno» in Florida, USA. Every year she is a regular jury member of the competition «Competizione dell’Opera», which took place 2016 in Moscow (Russia). This year she will be in this competition as a member of the jury in «The Brucknerhaus Linz» (Austria). In the last years she was also repeatedly in the «Young Opera Singers» in the jury of this competition from Larisa Gergieva. In March 2009 she was awarded by the Austrian government the Golden Token of Honor for Merits of the Republic of Austria.